You are here: Home / Coding for Kids / Bringing Code to the Classroom 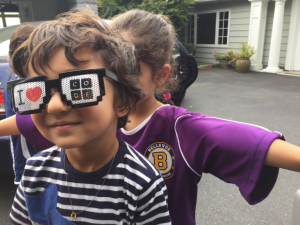 Code.org has launched an Indiegogo campaign to raise $5 million dollars to help 100 million children worldwide learn computer science in the classroom. The ultimate goal is to establish an infrastructure that provides permanent courses in the classroom or online. Currently, the campaign has raised just over $280,000, which includes a matching donation of just over $140,000 from Code.org major donors.

With a fully funded campaign, Code.org will plan to do the following:

Further breakdown of the funds are as follows:

According to Code.org, 90% of schools do not offer computer programming classes. Their emphasis is on spreading the importance of concepts like dissecting the internals of an app just as students would dissect a frog.

In addition, the campaign is driven by a grassroots movement, #HourofCode, where anyone can organize an Hour of Code event. The Hour of Code events are based on one-hour tutorials that anyone can teach to any age. To help spread the word, organizers are asked to contact local schools, boy/girl scout groups, spread the word on social media and follow them on Facebook and Twitter.

Code.org is a public 501(c)(3) non-profit, so contributions are tax-deductible to the extent permitted by law. Launched in 2014, Code.org’s vision is that every student in every school should have the opportunity to learn computer science. With donors such as, Bill Gates, Google, Microsoft, Reid Hoffman and others, this campaign has the capability to reach beyond their $5 million dollar goal.